On 9th may 2016, Dandelion Collective presented their Inclusive Performance Event

‘Making Respect for the Dignity of Life the Spirit of the Age’ at the New Diorama Theatre.

Dandelion Collective, founded in 2013, is an inclusive dance group who work with individuals from Islington Borough, uniting people with and without a learning difficulty or physical disability. Rather than creating a platform solely for any of these groups, Dandelion Collective explore what can happen when the dignity of life becomes the basis for human interaction and performance. What then happens is a magical celebration of all life, and of dance as a means to experience this.

Their inclusive performance event was opened with a short film highlighting the Collective’s achievements and public performances over the past year. This was followed by a series of inspiring dance pieces, including a collaboration with Drake Music Ireland who composed a song for the group to dance to. The audience also played an active part in the event, and saw 60 people join in an interactive audience participation.

Their final dance piece ‘When We See We are One’ was developed in pairs through each couple formulating their own unique movements expressing the theme of the event. Individuality and collectiveness were key in this piece. Vibrant dialogues and new encounters were formed in the refreshments break and after the event. Being inclusive means to think, speak and act in an inclusive way, wherever we are, whoever we have in front of us. This spirit of basing oneself on the dignity of life can be lived by everyone at all times. 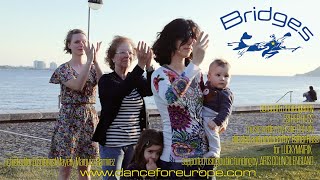 We are performing at Sadlers Wells, Lilian Baylis Studio this Friday, 8th July 2016

International Day of People with Disability

Our next performance this week!!